Whether you are planning a home-town wedding or a destination wedding, the bride's walk down the aisle is always one of the highlights of a wedding ceremony. However, there are a few other important people like the bridal party, mother of the bride, and officiant who enter the runway before the Bride makes her grand entrance. The wedding-processional order can be confusing, so we're breaking down who should walk when to ensure your bridal march runs as smoothly as possible. Disclaimer: Rules are made to be broken.....this is the suggested format: 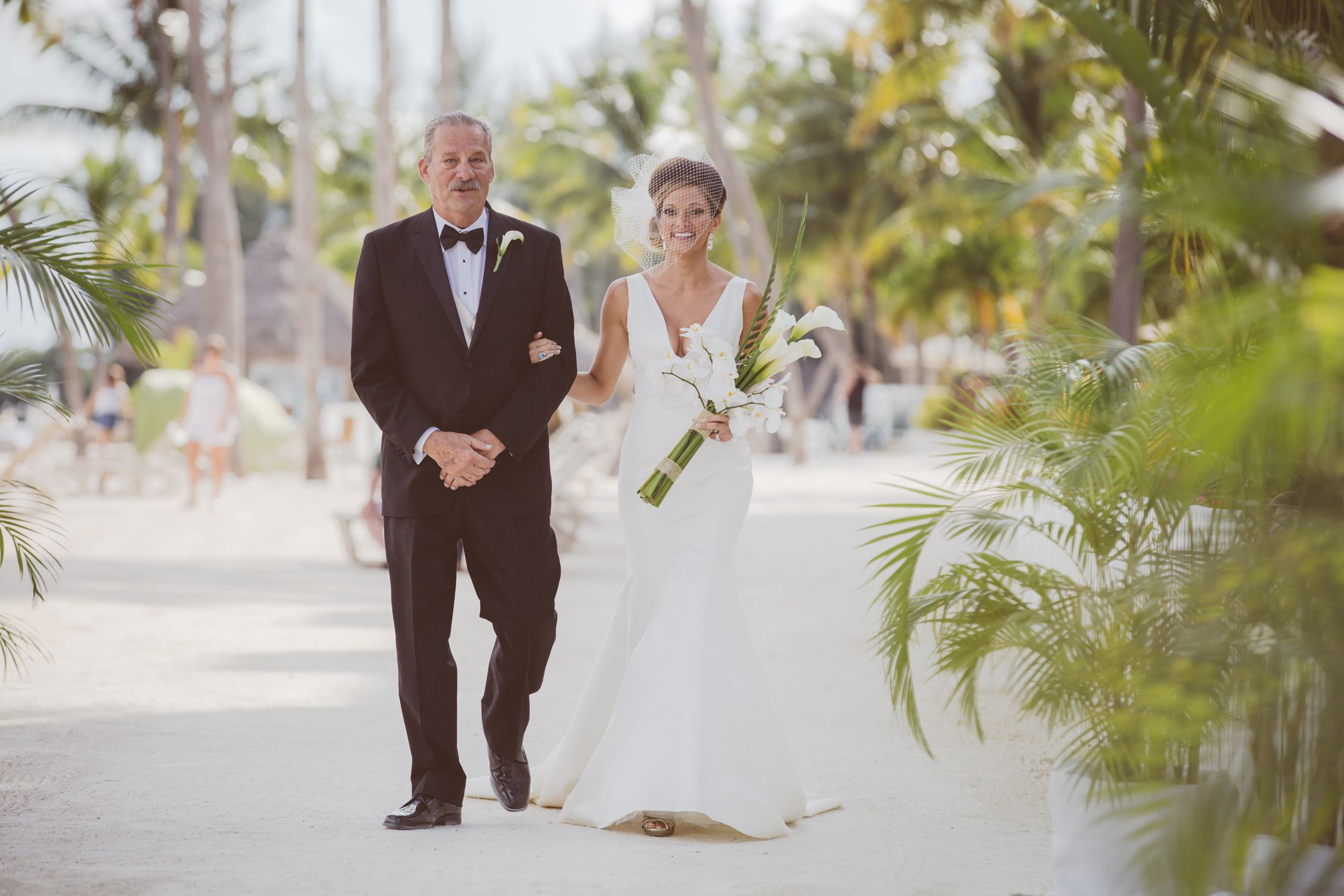 The Bride's Mother (MOB): The mother of the bride's entrance marks the beginning of the ceremony and processional. Once she reaches the end of the aisle, she takes her seat to the left of the aisle in the first row. In cases where the MOB does not want to walk solo, she usually has a strong opinion as to who she wants as an escort. Popular choices are a family member or the father (FOB) who would circle back to the Bride after seating the MOB (In Jewish ceremonies, she and the bride's father escort their daughter down the aisle together.)

The Groom's Parents (MOG & FOG): The parents of the groom should follow the mother-of-the-Bride as they are 2nd in line in importance.....especially if they are contributing to the payment of the wedding.

The Groom: Traditionally, the groom will enter next, walking down the aisle solo or accompanied by the groomsmen. However, many couples these days choose to have the groom's parents escort him down the aisle (then, his parents would sit to the right of the aisle in the front row). Another alternative would be for the groom to enter the ceremony from the side of the venue, followed by his best man and groomsmen.

The Officiant: A very important part of the ceremony, the officiant is usually honored with a spot in the processional. Alternatively, they could enter from the side of the room, with the groom or, leading the groom and his posse down the aisle (see above).

The Bridesmaids: During the processional, the bridesmaids walk down the aisle before the maid or matron of honor.

The Maid or Matron of Honor (MOH): Before the ceremony, the maid or matron of honor assists the bride with her dress, veil, and train, making sure everything looks perfect before she walks down the aisle. She then stands by the bride's side at the altar and holds her bouquet and sometimes the groom's ring.

Bridal Party Couples: Should you choose to have couples process together...then have the Groom walk in with the Officiant followed by the couples. Maid of Honor and Best Man would go last down the aisle.

The Flower Girl(s) and Ring Bearer(s): The ring bearer and flower girl precede the bride down the aisle. Traditionally, the ring bearer carries the wedding rings (or decoys, if he's too little to be trusted with the real things), tied to a small pillow/or other object. The flower girl may carry a basket of petals, which she scatters as she walks, or a posy of flowers. After the procession is over and the rings are handed off to the best man, the children's work is done, and they can be seated with their parents or stand with a responsible bridesmaid and/or groomsman.

These days, couples are becoming more creative with the childrens' accessories, incorporating fabric signs and banners, ribbon wands, and other sweet ideas.

The Father of the Bride (FOG) and the Bride: The bride's father traditionally escorts his daughter down the aisle, standing to her right. After he "gives her away" to the groom, he lifts her veil and kisses her, signifying his blessing, shakes the hand of the Groom, joins their hands together, then takes his seat beside the bride's mother.